If the salinity(含盐量) of ocean waters is analyzed, it is found to vary only slightly from place to place.Nevertheless, some of these small changes are important. There are three basic processes that cause a change in oceanic salinity. One of these is the subtraction of water from the ocean by means of evaporation--conversion of liquid water to water vapor. In this manner, the salinity is increased, since the salts staybehind. If this is carried to the extreme, of course, white crystals of salt would be left behind.

The opposite of evaporation is precipitation(降水), such as rain, by which water is added to the ocean. Here the ocean is being diluted(稀释) so that the salinity is decreased. This may occur in areas of high rainfall or in coastal regions where rivers flow into the ocean. Thus salinity may be increased by the subtraction of water by evaporation, or decreased by the addition of fresh water by precipitation or runoff(形成地表水部分的降水).

A third process by which salinity may be altered is associated with the formation and melting of sea ice. When seawater is frozen, the dissolved materials are left behind. In this manner, seawater directly beneath freshly formed sea ice has a higher salinity than it did before the ice appeared. Of course, when this ice melts, it will tend to decrease the salinity of the surrounding water.

In the Weddell Sea, off Antarctica, the densest water in the oceans is formed as a result of this freezingprocess, which increases the salinity of cold water. This heavy water sinks and is found in the deeper portions of the oceans of the world.

Choose correct answers to the question:

A.Typical Oceans and Their Respective Features

B.The Causes of the Changes in Salinity of Ocean Water

D.The Precipitation and Evaporation of Oceans

2.Which of the following processes will increase salinity of ocean waters?

3.According to this passage, the sea _ is likely to have the lowest salinity.

A. in tropical areas

B.is much larger in area than the Arctic oceans

C.has a much lower salinity now than ever

D.has the denser water in its upper parts

5.Coastal regions are mentioned as cases where _____.

A.sea water is less salty because fresh water joins in

C.sea ice tends to melt more quickly than in the center of oceans

D. heavy water sinks to the deeper portions of the oceans 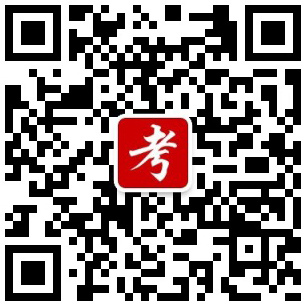